When the soil beneath the structure shows a reduction in strength to bear the load above it, the structure will start to sink. This sinking is called settlement of the structure. Following are the causes of foundation settlement: 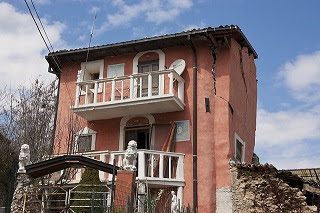 2.Mining subsidence: Subsidence of ground may occur due to the removal of minerals and other materials from mines below.

4. Change in the vicinity: If there are changes due to the construction of a new building near the existing foundation, the settlement may occur due to an increase in the stress.

5. Thermal change: Temperature change cause shrinkage in expansive soil due to which settlement occurs.

6. Landslides: If landslides occur on unstable slopes, there may be serious settlement problem.

7. Frost heave: Frost heave occur if the structure is not founded below the depth of frost penetration. When thaw occurs, the foundation may settle.

8. Creep: The settlement may also occur due to creep on clay slopes.

Also, read – What Is Soil Consolidation?

Thanks for reading this article. Please, don’t forget to share it.